So, just what is Active Charge Air Cooling? 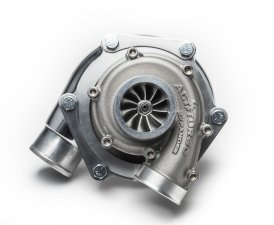 It has been well known for a long time that the performance of petrol engines is very sensitive to the temperature of the air entering the cylinders.  In particular, modern turbocharged engines with high boost pressures, are operating on the limits of combustion and are very susceptible to detonation or knock.  The engine control units protect against this by retarding the ignition (which reduces power and increases the temperature of the engine and the exhaust system) and over-fuelling which attempts to prevent the rise in temperature.  The net effect is reduced power and poorer fuel consumption - in fact the engine will be pushing out a lot of unburnt fuel when running at high power.

Get a Free Consultation to improve engine power and fuel economy

The knock limit can be dramatically increased if the air entering the engine - the “charge air” - can be cooled to ambient temperature or below.  The problem is that turbocharging itself heats the charge air as it is compressed and the intercooler, which compensates for this, can only get down to within 15oC~20oC of ambient.  When the engine is working hard or in warm conditions and hot climates this is a problem.   High performance vehicles with mid or rear engines layouts have particular problems due to the difficulty of finding a suitable location for the intercooler(s).  The performance issues get even worse in high ambient temperatures.  After only a few high acceleration starts - e.g. traffic light take offs, most supercars will be suffering a significant decline in performance as the ECU struggles to maintain the correct temperature and reduces the available power output.

In many ways, charge air temperature is just about the only engine parameter that is not controlled with great precision in modern engines.  Ignition timing, valve timing, fuel/air ratio, compression ratio and many other variables are closely monitored and controlled by the ECU but inlet temperature can vary significantly, with major impacts on power, economy and emissions.

At ACT we have been working for over 10 years to combat these problems and produce a system that allows proper control of the charge air temperature.  You can see some background to this issue here.