Active Charge Air Cooling – how does it work? 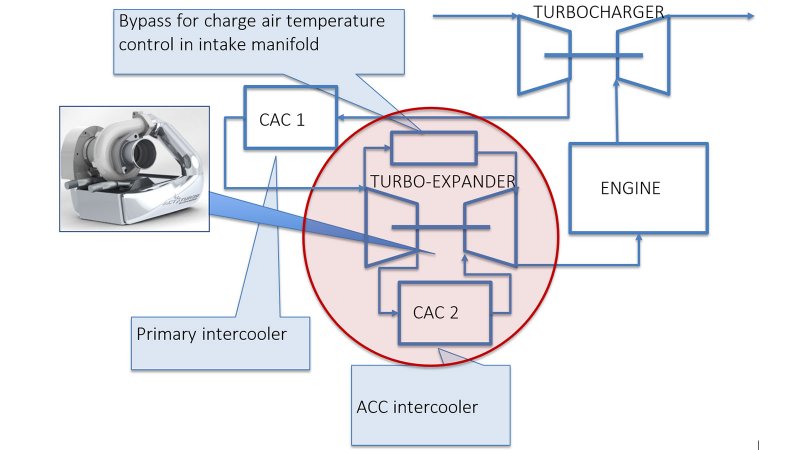 When people see our products for the first time, they often ask “How does it work?”  It can appear a bit mysterious at first but there’s no magic, just good, solid thermodynamics and sound engineering.  So, here goes with a quick guide to our Active Charge Air Cooling system (ACC).

Get a Free Consultation to improve engine power and fuel economy

The piece of equipment looks somewhat similar to a conventional turbocharger and consists of a compressor and a turbine mounted on the same shaft.  We actually use expansion through the turbine to cool the charge air – in effect, it is a refrigerator.  The thermodynamic process is ‘air standard refrigeration cooling’.

Here’s how it works:

So far so simple but our system does much more than just reduce the inlet temperature.  Active Charge Air Cooling is a means for both reducing and controlling charge air temperatures.  Temperature control is achieved by an air mixing process driven by target air manifold temperature, all controlled by our Patented control process.  Reducing intake air temperature improves the knock margin, enabling reductions in excess fuel inputs and improving both power and fuel economy.  Our system allows the designer or owner to set the required inlet temperature and that will be maintained during variations in ambient conditions and the load on the engine.